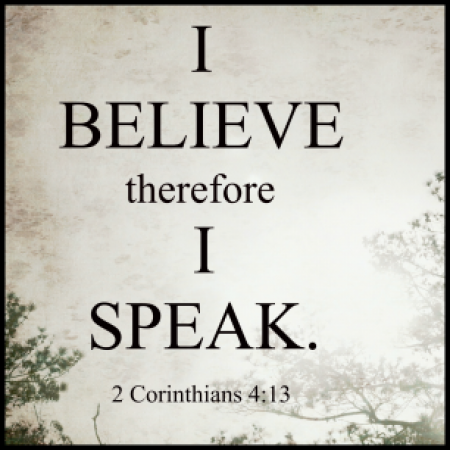 Sometimes societal rejection of God can lead a Christian to feel like a car salesmen. Maybe that was just my feeling, but it was a feeling encouraged by people’s faithless responses to the message of Christ. I hope you know what I mean, when those around you have rejected God, and in seeking to share with them the things of God, there is an irritable response where the messenger is made out to be the bad guy. This might just be the perception of the messenger, then again the Gospel has never really been readily accepted by the vast majority of the world.

As a young man, when sharing Christ, I often felt as though I was perceived as a carpetbagger, or an unscrupulous opportunist. Why? Many factors play into this, mainly it was how I personally perceived religious people, even those claiming Christ. Those who came door to door selling their religious wares. They had prepackaged presentations that really seemed like a canned sales pitch. It didn’t really matter who came by, Jehovah’s witness, Mormon, or Christians; I viewed them all the same.

Again, why did I think like this? And then why did I take that judgment and place it onto myself when I began to evangelize? Wasn’t my heart different from these religious carpetbaggers? Wasn’t the message I was preaching genuine? The immature actions of a young believer can only be described in terms of putting to death the old patterns of thought that were once controlling.

Feeling and acting as though people perceived me to be an unscrupulous opportunist was the product of my own judgment, while also stemming from the genuine judgment of others. People who reject the Gospel, at times, invariably lump the messenger in with all the zealots floating around the cosmos.

Should we seek to distance ourselves from religious carpetbaggers? Absolutely!! Yes!! However, we cannot control the perception of others. But Christians must accept that the Gospel will be the aroma of life to some and the aroma of death to others. The aroma of death isn’t pleasing, nor will it be palatable to those who smell it. When it is placed before them they may wretch, as though maggot filled beef were cut open before them; the problem in their eyes is that you are the one holding the knife. The unjust perception of the unregenerate soul cannot be taken to heart.

Confidence will be fostered in our hearts when we share, in love, the truth of the message that is most beloved and dear to our hearts. The Gospel will flow from our tongues when we genuinely love the message and the Master of that message, Jesus Christ. “Since we have the same spirit of faith according to what has been written, “I believed, and so I spoke,” we also believe, and so we also speak…” 2Corinthians 4:13